Bread rolls and playing with your food 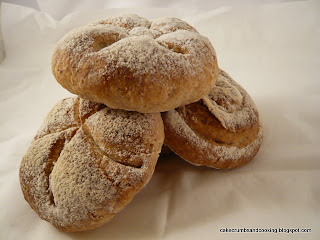 Inspired (and aided!) by Celia, Brydie and Joanna, these are my bread rolls made with my new bread presses a spiral, a kaiser/vienna and a rosette/rosetta (I bought two of them from Bakery Bits, here you need to scroll down) but I need to play around some more with the recipe that I'm using. When I press the rolls they flatten a lot, and my dough doesn't seem to have much oven spring, resulting in rather flat rolls. It's just a straight yeasted dough, a little lower in hydration than my usual, and with a little olive oil added. 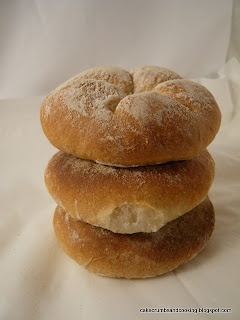 I suspect that this is partly to do with the fact that as they proove they seem to develop a bit of a skin, I ought to try prooving them in a moister environment to prevent this and try and get them to spring a bit more. I also think that the white rolls weren't aided by a further experiment in using some quite elderly '00' pasta flour I had hanging around. I don't think it was designed for bread really - not only did they not spring very well, they staled quite quickly too. I ought to try either Joanna's recipe or Celia's sourdough rather than just freestyling. 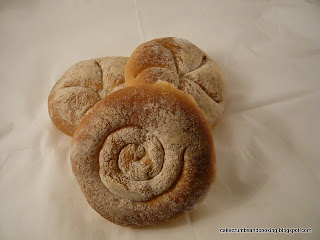 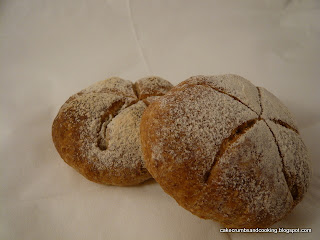 whereas if I pressed them and allowed them to proove a little further, the pattern all but disappeared on baking seen here at the front - I pressed the back one just before baking. All good fun but I do need some more practice before I can emulate the three bakers I linked to at the beginning of this post. If you want stunning pictures, hop through to their blogs! 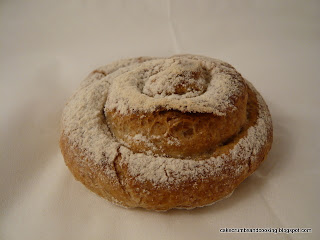 This one is my best one! 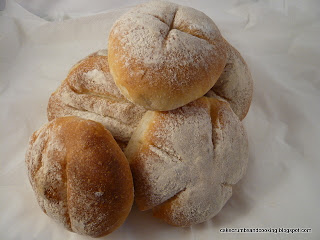 Typically though, the bread rolls I made the morning I was expecting the presses to arrive in the post (and they didn't arrive until after the bread needed baking.... one of those days) sprang much better and were reasonably tasty if nothing special. Just goes to show though, that even if you don't have fancy presses, you can still make pretty bread rolls. I just used my small dough scraper, but any reasonably firm piece of plastic would probably do.
Posted by Caroline at 18:35

You've opened a whole new world to me C, I've never come across bread presses before. How exciting! Must investigate further cause your loaves look very impressive!

Ive never heard of bread presses either. They look great.

Hehe...sorry if we cost you money, C! Your rolls look very pretty though, and aren't they great fun? :)

I've been stamping my rolls before the second prove, but I've been stamping really HARD, so it cuts all the way through to the bottom. I suspect that's what you've done with that really pretty spiral one that's risen so well. I do agree that it loses a bit of definition as it proves a second time.

Joanna and Brydie have both had success with yeasted doughs, but I haven't tried them yet (everyone seems happy to eat the sourdough!). :)

Actually I say stick with the sourdough :-) I didn't notice any difference with the cuts so far between the yeasted and the sourdough. Like Celia said though, a stamp before the second prove and jiggle it a bit to get those shapes to try and stay.
I love that you got the stamps though!

Oh great something else I can clutter my kitchen with!!!!!

You can make pretty bread rolls any way, you are quite right about that :) I didn't have any oil in my dough, I wonder if that makes a difference to the final result. I like your 'best one' - I haven't managed to make a proper snail like that yet - x Joanna