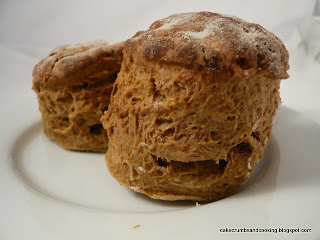 I am full of good intentions... always. It's just that they don't always work themselves through to reality and completion.


Last month I saw that the second of the Best of British challenges was being hosted by Janice of Farmersgirl Kitchen, which I always really enjoy reading - Janice has a lovely mix of mains, sweets and baking on her blog and always comes across as being down to earth and genuine. I had intended to enter this challenge when it was being hosted by Choclette in the first month, with the region of (obviously) Cornwall. This challenge is being sponsored by New World appliances. The region this month is Scotland. I was quite excited by this, because one of my favourite food writers is Scottish - Sue Lawrence. I have mentioned her before on the blog - she has a couple of excellent baking books full of enticing recipes, but she also concentrates on her home country too. I have 'Scots Cooking' 'Scottish Kitchen' and 'A Cooks Tour of Scotland: From Barra to Brora in 120 recipes' all of which are really enjoyable to read. I love her style of writing - there is always some background given above the recipe - the history of the name of the dish, or a producer that she particularly associates with this dish, or some childhood memory that the dish brings back for her.

So needless to say I was keen to make something out of one of these books. I had plans for showcasing some of Scotland's glorious produce - the berries from Scotland are delicious and there are plenty more amazing Scottish producers and products too. However, I have run out of time to make good on my plans so instead I have gone a different route. Scotland is known for its home baking, which is perfect for my blog really, and so I decided to make something using an ingredient that I associate with Scotland - black treacle! Don't ask me why, but it seems Scottish to me, and there are certainly a lot of recipes in Sue Lawrence's books that make good use of the sticky black substance - yum! 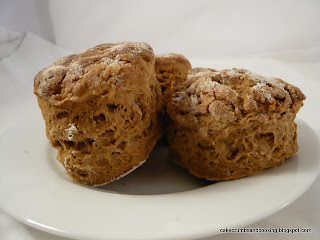 I made Treacle Scones, which are something I've made before. These ones had a touch of mixed spice and a touch of ginger, which is lovely. I have to admit that they weren't quite as sweet as I would have liked so I'll add some sugar next time. In the introduction to this recipe Sue tells us 'I have always loved treacle puddings and bakes. Black treacle is popular in Scotland, whether in steamed puddings, gingerbread or scones. Definitely a woman after my own heart! 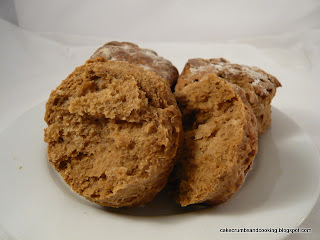 They rose really well and were light and fluffy. They are perfect served with plenty of soft butter and a cup of tea. 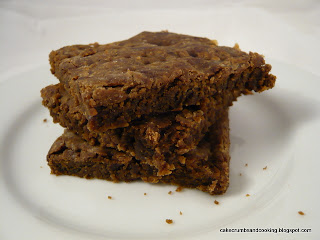 The next recipe I decided to make was for Parlies. Now I'll excuse you for not having heard of these before - I certainly hadn't until I decided to make the recipe! They are a type of gingerbread (yum!) baked as biscuits. Gingerbread bisuits sounded great to me! They are soft when you remove them from the oven but they firm up as they cool to become crisp but slightly chewy in the centre.


This is what Sue has to say on these little treats 'The name is short for parliament cakes, and it is said to derive from their popularity with members of the Scots parliament. In late eighteenth century Edinburgh, a lady called Mrs Flockhart ran a shop and tavern..... her eminent customers - including Mr Scott (father of Sir Walter) and several Lords - would pass through the shop to the back room to partake of a dram or two and some gingerbread or biscuits.' 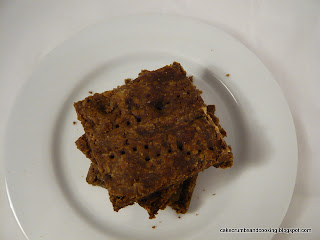 It all sounds rather good to me and so I gave them a try. It's a simple recipe consisting of butter, plain flour, treacle ginger and dark muscovado sugar. The appearance of mine is a little uneven. I was wary of mixing them too much because it is noted in the introduction that overmixing the dough will make them tough. They were just as described, slightly crispy on the outside, but lovely and chewy within. The ginger, treacle and dark muscovado sugar combine to make them rich and treacly - perhaps not one for small children, but perfect for me - I love gingery flavours. I might have to update this when my sense of taste comes back properly though - I've got a miserable cold and have lost the ability to taste properly! 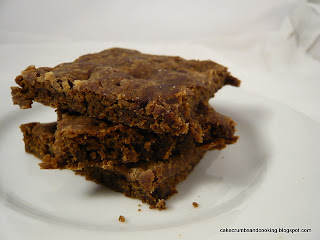 For the recipes I used 'Scots Cooking' by Sue Lawrence - I thoroughly recommend buying it (and no, this is not a sponsored post!)

I am also entering these into Jac's Bookmarked recipes event - I've had these books for such a long time without cooking anything out of them, it's almost a relief to finally be able to say they've been used.

Treacle scones! Small Man is always asking for these! :)

Treacle scones! I've never seen such a thing...hence the large puddle of drool now engulfing my keyboard!
Love the parlies too - both these bakes use my favourite flavours

I've read about parlies but never made them well done. You just squeaked in for the challenge. Sue Lawrence was on VSO with my SIL in Finland, they did meet up again briefly in Edinburgh but sadly didn't keep in touch!

Oh and I meant to say, thank you for the lovely comments about me and my blog - you made me blush!

I find black treacle a bit much in most things - I love the look of the Parlies though!

Treacle scones can only be a good thing, but now I am completely taken by those Parlies.

Celia - he obviously has good taste!

CC - yes, treacle is one of my loves and whenever you post a treacle recipe I'm drooling too!

Foodycat - I guess it can be an acquired taste!

Choclette - the parlies were certainly different! Treacle scones are lovely, but much better with a generous amount of stem ginger in them.